How can I check, if the magnet valve is blocked?

Scroll down in the display menu until you reach the temperature display. Observe, if after crossing the switching threshold, the temperature doesn’t change, that the solenoid valve is blocked (when the 2nd thresholds are reached the message “over- or undertemperature” will be displayed).

NOTE: The error message “Ths too low (Ths = Temperature Heatsink)” might be an indication for a contaminated valve.

What’s an overvoltage suppressor? Is this a built in standard and how does it look like?

These surge suppressors are built in to the latest Pacemaker models and machine controls (from 2009).

Check, if one or more modules of the surge suppressors are red/defect. Replace the red modules.

Do not bridge the signalling contacts and run the machine with defective red modules because they no longer protect the system from voltage peaks!!!
If the modules are defective, check the main supply. Measure and check all voltages between the phases and all phases to earth before exchange the modules and restart the machine.

NOTE:
The error “Ths too low” means temperature heat sink (copperplate) too low. If the copper plate is too cold. It can damage the unit, if some condensation water flows to the electronic power parts.

Check if the valve closes correctly and clean the valve.

NOTE:
If you reassemble the valve, make sure you do it the right way (see picture) 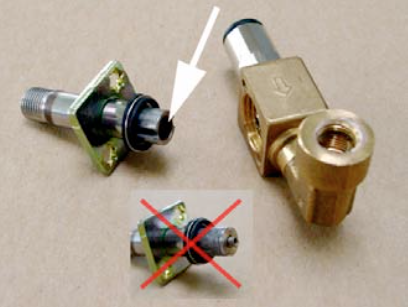 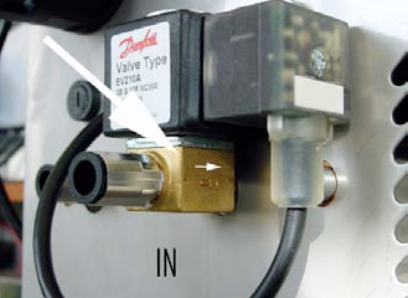 NOTE: The pictures showing a regular Pacemaker and not a Pacemaker HF as used in the PowerCure, but the issue is the same!

How to change a processor board?

The software for the Pacemaker HF is memorized on a small processor board. For an update with new software, you need to change this board.
NOTE:

Before you start to change the board write down the voltage value you were using for your application.

Switch off the main switch of PowerCURE™ 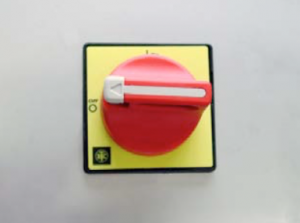 WARNING:
Wait 5 minutes, before you remove the cover. Capacitors with high voltage inside!

Remove the processor board carefully by hand. Do not use any tools for that. 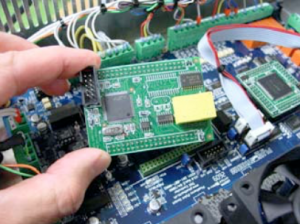 Install the new processor board. 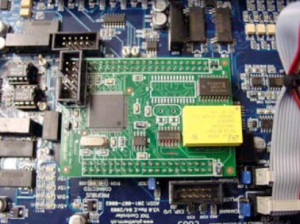 NOTE:
Be careful and make sure that you mount the new processor board correctly and that pins match the socket!! Watch from the side. 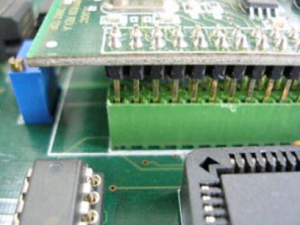 NOTE:
When you first start up, use a low voltage of approx. 80 V.
We hope the upgrade work was successful. Thank for your support!

How to check, if I have enough cooling energy for PowerCURE™?

Bubbles in the outside wet lacquer after curing

Correctives 1 – Too much heat during the first part of the curing process:

1.1.  The tin flow has to to be only as wide as the width of the powder and / or lacquer stripe and not more (usually around 15 mm for food and aerosol cans)!
- This width covers also lateral shifting can bodies during daily production!
- The internal powder must have a low melting point, starting from about 180°C!
- Most commercially available and good powder coats are fulfilling this demand For further information for recommended powders, please contact Can Man.

1.2.  The conveyor speed in the oven is too high, therefore the curing time too short!

1.3.  The adjustment of the coil to the can bodies is wrong.

1.4.  The curing length is too short (before order a longer curing system, please follow first the Correctives 2 and 3!)

Corrective 2 – The wet lacquer application is not constant, too thick or too thin!

- Please note that a constant and a “as thin as possible” lacquer application is essential not only onthe curing effect, but it also reduces the lacquer cost!

2.2.  The can body must be round – within standard tolerance -, overlap begin and end must be equal!

2.3.  Depending on the configuration, rubber roller or steel rollers must be used!

- For further information and / or support contact Can Man.

2.4.  The speed of the application roller is wrong, compared to the passing can bodies!

- Generally can be said, that a too high application roll speed leads to worse results than a too slow one.

- Depending on steel or rubber rollers different speed than can body speed might be used, but must be controlled and monitored.

2.5.  The material and / or the form of the rubber/steel roller profile is wrong!

3.1.  Not every wet lacquer type is applicable for induction curing system due to the fact that the heat up ramps are much faster than with a gas curing system

3.2.  The correct viscosity and therefore the proportion of solvent is most important for a non-porous side seam protection.

- For further information and / or support contact Can Man.

Possible cause:
Sparking on the induction coil

Check all insulations of the coil and C-bar.

The PowerCURE™ is running and heating, but the display shows no current or power 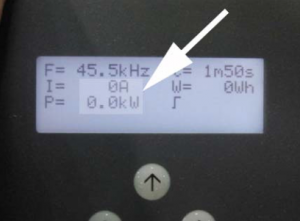 Check the connection of the plug J1 on the main board (see picture).

Check the voltage on this plug while running:

If you don’t have 0.5-1.0V, please check the wiring of this cable, which goes to a small board inside the of the PM HF.

NOTE:
Check this plug only when the unit is switched off and discharged! 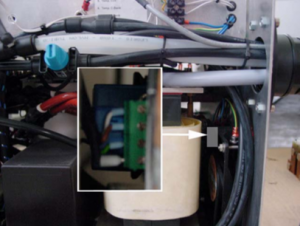 The water flow of the coil is too low!

NOTE:
The standard setting for this error is 3l/min (can be found in the basic setup “rotary minflow”).

The actual water flow is shown in the display. Press down from the main menu on the display until you find the flow coil.

NOTE:
You have to switch “ON” the curing to open the water valve! 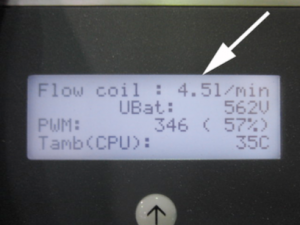 Therefore disconnect the water inlet to the Pacemaker HF and blow out the water. Take off the coil and open the valve with a torx screwdriver. Blow out the valve and clean the rubber. 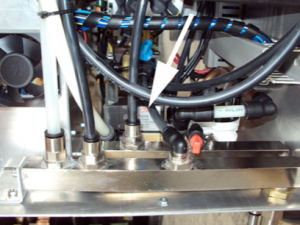 Reassemble the valve properly (insert the closing block with the spring on top, so the rubber is closing the outlet hole. 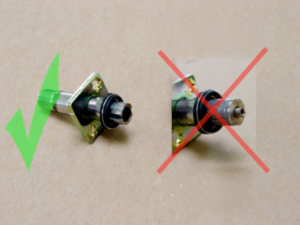 Clean the rotary flow unit. Follow the instructions below. 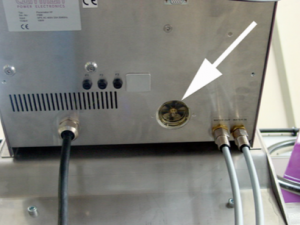 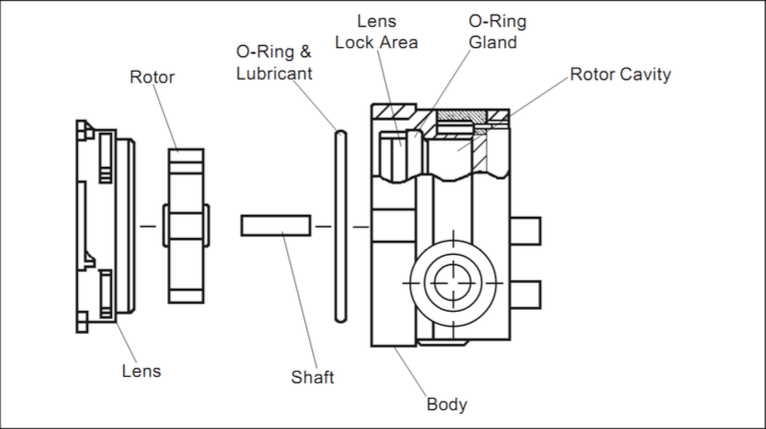 If were not successful, replace the rotary flow meter => CM article No 007906

Powder falling off, while the canbody is moving through PowerCURE™

Are there any requirements for the water quality of the cooling system?

The reset LED flashes and a warning is shown

The reset LED flashes and a warning is shown!

If the reset LED flashes, then the system works in a critical state. The unit is still entirely functional, but it should be a hint for the operator to do something against the warning.

Please check on the white transformer all connections. 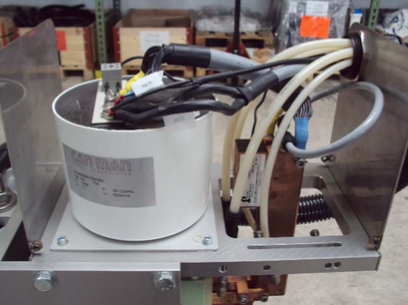 Nuts must be firmly tightened, but do not overtight! Bolts must well fixed in the casting compound. 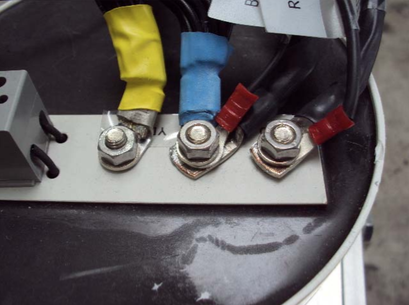 NOTE:
A loose connection creates an overheating and destroys the transformer and cables!

Where do I find my software version info?

When you start up your PowerCure equipment, the software version (here called generator data) will be displayed during the boot process.

Alternatively the information will we displayed, when press “MENU” and then press the key “down” several times until you get to “Preheater Info”:

Hot temperatures (approx. 60°C) are measured around the coil area

Don’t worry, due to the induction process this is absolutely normal.

Operating panel / touchscreen does not work properly, when I touch it with my finger/s

How can I transmit parameter sets from one servo controller to another?

What to do if the analog output(s) are defective?

The IC, which control the analog output, must be replaced. Please request support from Can Man!

Message: “26: Power-Lim(blinking)-AMPS” there is no voltage and power, but it is showing a frequency

CAUTION – HIGH VOLTAGE:
You are now in the immediate vicinity of parts that produce high electric voltage! There is a danger of an electric shock.

Only performed by “certified electricians” 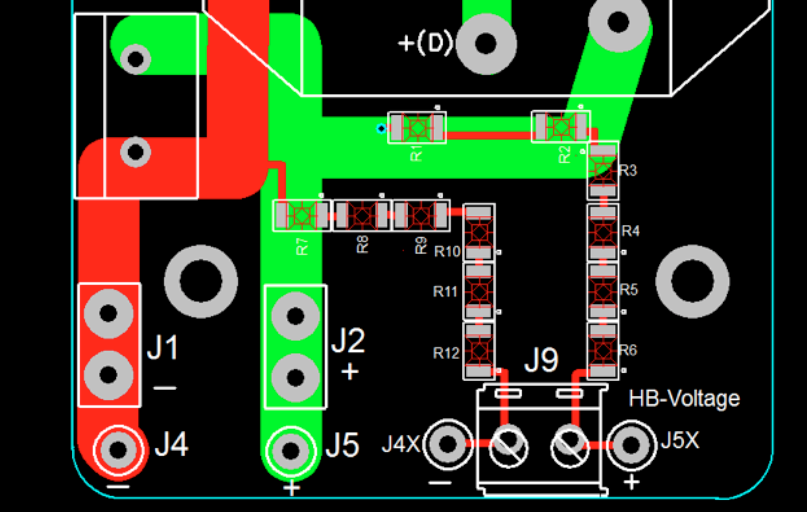 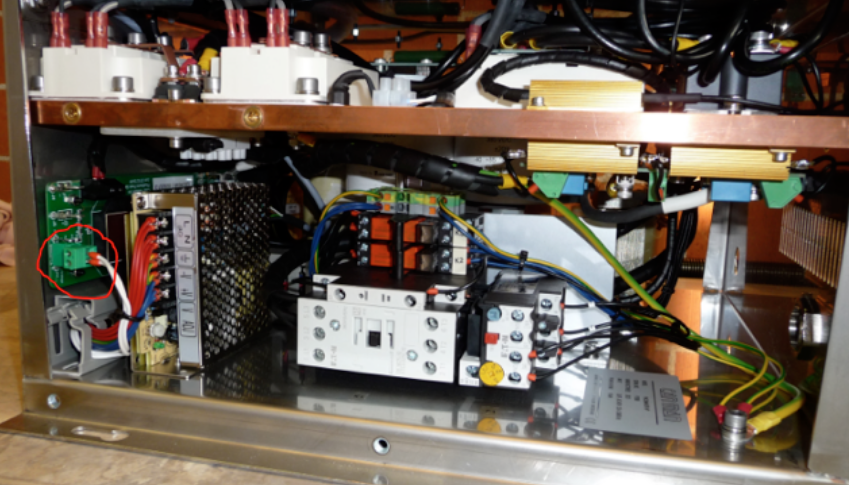 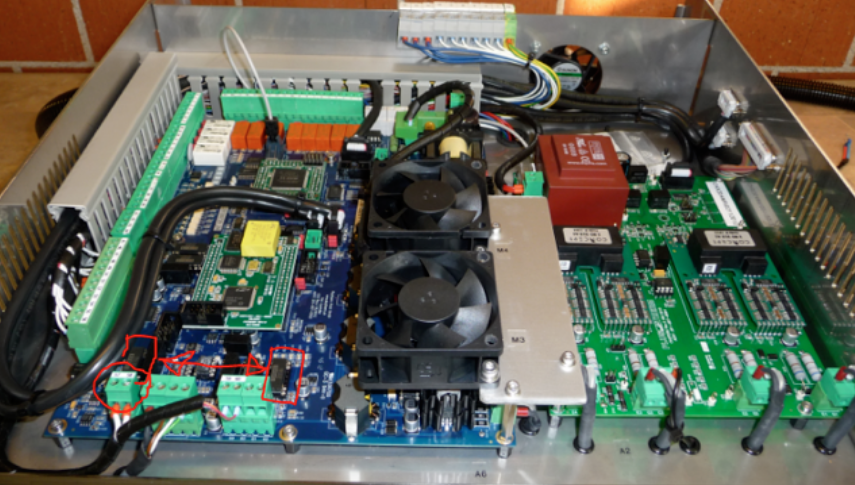 • Check if the Dc-Dc IC has a problem you can exchange it with an other one on the board
(which is unused in your configuration – remove the IC carefully, so the pins are not getting damaged!) 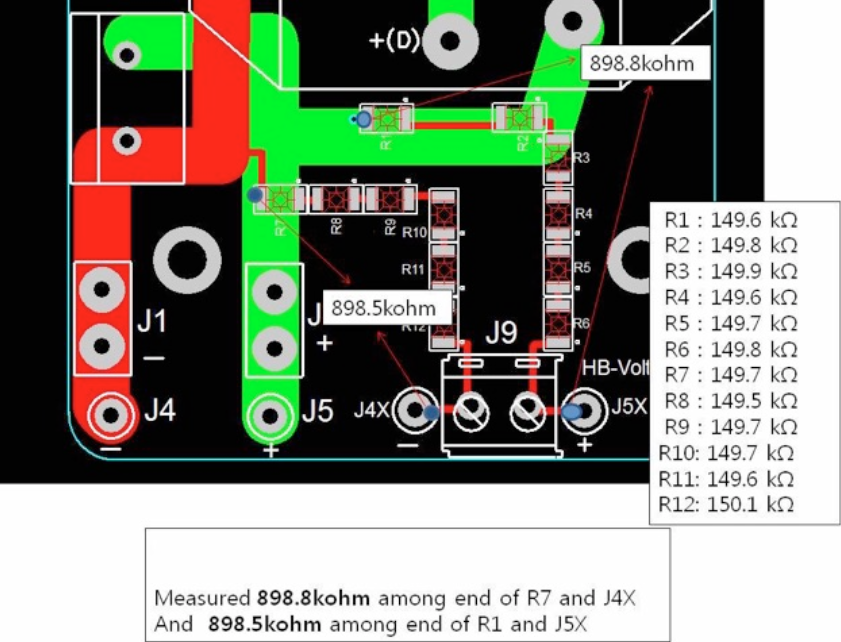 Do you have an error list from high frequency generator Pacemaker HF™?

There are no support entries for your selection.